I consider myself to be a comic book film fan, but not a zealot. I generally go and see the ever-increasing number of celluloid adaptations in their first weekend of release, because despite prior positive or negative buzz, I like to make my own mind up. Now, I know what you’re thinking- that does sound like it’s bordering on zealotry, but fear not- I did think Suicide Squad was rubbish.

‘Aquaman’ presented a really interesting question from the outset: what becomes of a film that was made in service of a cinematic universe which, if reports are to be believed, is as dead as a doornail? This DCEU film had already been greenlit and had began pre-production before the calamitous critical and commercial reception that greeted ‘BvS:DOJ’ and ‘JL’ upon their respective releases, and is tied to the continued expanded universe storyline in which these films began. I was curious to see how the film would stand on its own in the wake of the collapse of the world its DNA had been encoded in. ‘Wonder Woman’ rose from the ashes of what had come before, so could Aquaman do the same?

James Wan has embraced the over the top, pantomime silliness at the heart of the story of Arthur Currie, the half-human, half- Atlantian demigod who has to unite the land and the sea to save the world, and take his rightful place on the throne. The colour palate is vivid and inviting, and the heavy CGI presents some truly stunning images. It’s a pretty film, you feel like you can taste the spray from the sea, and feel the heat from the sun. There has been considerable effort and thought put into the design of the underwater environments, and it really pays off. This is not to say that the frame is never muddled and cluttered by creatures and lasers and dizzying camera angles, but I believe these issues are minimal when you consider the size of the world Wan and his team are endeavouring to create. 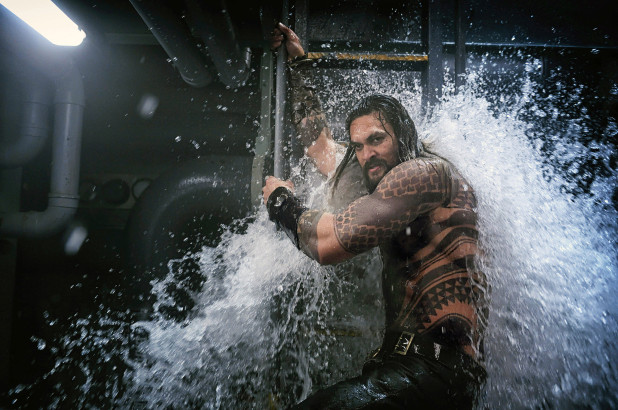 The action sequence in Sicily is a truly spectacular, largely in-camera set piece, which is indicative of his confidence and skill as a director. The non-linear fashion of the assembly of the edit, and the slickness of the cutting between chronologies indicates a clarity of vision from start to finish. It was so refreshing to watch a DC film and not have obviously reshot material taking me out of the story; a story punctuated by the yowling 80’s synths of composer Rupert Gregson-Williams.

Jason Momoa feels like an actor who is growing into his new found leading man status, but carries himself with an affability and charm that reminds me of a younger Dwayne Johnson. So much of his own personality comes through in his performance, and it really drew me in.

Although the interaction between him and his co-star Amber Heard felt a little clunky at points, there was a pleasant spark between the pair, particularly in the love letter to ‘Indiana Jones’ in the second act. I must give an honourable mention to Patrick Wilson and Yahya Abdul-Mateen II, who chewed the scenery with considerable vigour at every opportunity. Some of it is absolutely hilarious, intentionally or otherwise.

This is far from a flawless film, but it is a cohesive, silly, colourful adventure, which has confidence in its own vision, and has a real sense of humour about itself. I would suggest that you, dear reader, have a sense of humour about yourself, and revel in all of its hammy, nonsensical pomp.