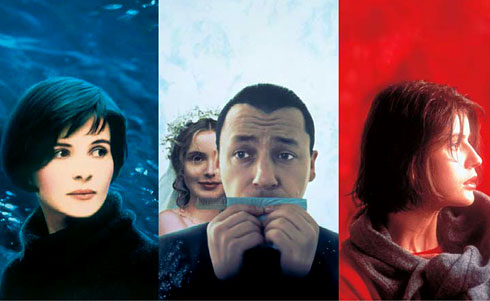 With the Cannes Film Festival in full flow Chris Gallagher discusses what it is to be a European filmmaker and what the aesthetics of European Cinema truly are.

What does it mean to be European? European culture is linked via a collection of shared misunderstandings. The connection between a Scottish and Polish filmmaker may be tenuous in terms of language and background but a shared familiarity of experience within European philosophy, allows them to produce a distinct style within their films.

Scottish director Lynne Ramsay has stated that she would like to be considered as a European filmmaker as opposed to Scottish. Ramsay has discussed in the past how the prominent French director Robert Bresson has influenced her.

German director Wim Wenders once famously said there is a ‘European way of seeing’, which is evident in the way European directors produce cinema. Contemporary European cinema is steeped in diverse forms of social realism, with many focusing on dissatisfaction with modernity and human disconnection in the technological age.

The feelings of disconnect and focus on identity is prominent within several of Krzysztof Kieślowski films, as his characters deal with the vulnerability of human life. Kieślowski allows things to happen with no need to explain every action in explicit detail; chance encounters and freedom are key components of his films.

Irène Jacob was the star in Kieslowski’s classic

In the Kieślowski feature The Double Life of Veronique (1991) we follow the corresponding lives of two young women living in two distinct parts of Europe, France and Poland, as the lines of nationality are redrawn after the fall of the Berlin Wall. Using different coloured camera filters, Kieślowski deals with the notion of vulnerability through free will and choice.

Kieślowski’s work is often generalized as ‘Art House’, which is a term used to bracket films that do not fit the classic narrative structure. There are elements of art cinema that are reflected in many European films. Chance plays a key role in many of Kieślowski’s films, which is in direct opposition to the cause and effect narrative structure of the classic Hollywood model.

Kieślowski’s film, Three Colors: Blue (1993) deals with the inequality within society and the vulnerability of the flesh, as the main characters broken body and spirit slowly heals itself. Kieślowski ‘creates a film whose richness and honesty offer a glimpse into the enigmatic workings of the souls’ according to Steven Jay Schneider 2007:816

The European gaze is focused away from the individual and their struggle to overcome obstacles to succeed and instead focuses on an extended look at human existence as a whole.

European cinema on the other side of the Atlantic

The capitalist Hollywood machine is focused on producing cinema that heralds the idea of the lone protagonist, whereas European auteur directors focus on the collective consciousness, as a testimony to the powerful socialist beliefs within the region.

A focus on character ahead of narrative results in a slower pace within many European films. The stylised, quick cuts of contemporary Hollywood cinema are in stark opposition to the European aesthetic, which enjoys long, almost luxurious shots that focus on more than just what’s in the frame……questioning everything on the screen.

The opening scene of Wim Wenders 1984 classic, Paris Texas, instantly raises questions of the lone protagonist in the frame, as a focus on the American landscape acts as a symbol for isolation and disconnect.

Wenders as the auteur, is speaking to the audience directly in a visual way. European cinema’s tradition of auteur directors let the narrative be expressed visually, allowing the audience to have their own personal interpretation.

The visually focused realism of European cinema brings with it images of stark, artistic quality that Hollywood cinema rarely encapsulates. European cinema is focused on art and the aesthetic, whereas the Hollywood model chooses the popular and commercial.