Last week saw the announcement by “The Official Chart” company that they will now be compiling a vinyl chart, proof if we ever needed it that the vinyl record is back in the mainstream. Over the past few years movie soundtracks in particular have gone through a mini renaissance. There has been a new wave of reissues and first time releases to retro and classic film scores, old and new, that the obsessive vinyl collector, myself included, has been ready to blow their hard earned cash on.

2015 has already seen a whole host of fantastic releases like Waxwork Records’ release for Saul Bass’ cult sci-fi film PHASE IV or the joint One Way Static/Death Waltz reissue of Cannibal Holocaust, a record that almost never seemed possible. However, with a whole host of soundtracks still scheduled for 2015 it promises to be yet another exciting year for the Motion Picture soundtrack aficionado. Here are some of the upcoming releases that I am especially looking forward to:

NOTE: No release dates have been confirmed as of yet.

In 2014 the US based Waxwork records dropped a number of top quality film score soundtracks including Harry Manfredini’s Friday the 13th and John Harrison’s Creepshow.

With Starry Eyes due in May they will be issuing Martin Cooper and David A. Hugues’ score to the trash-fest C.H.U.D, the first time it has ever seen an official release of any kind. Also coming from Waxwork should be the score to the cult Clive Barker horror Nightbreed, and the release that many fans have been pulling out their hair in anticipation for…..the long awaited soundtrack reissue of The Warriors.

Spencer Hickman’s Death Waltz has been one of the leading soundtrack labels of the movie score resurgence and since their merger with Mondo they have already released a number of top quality records in 2015 so far, including The Raid and A Girl Walks Home Alone At Night.

The remainder of 2015 promises to be a busy one for Death Waltz with the upcoming release of both the Twin Peaks Series and feature film Fire Walk With Me by Italian maestro Angelo Badalamenti. We should also expect Fabio Frizzi’s Contraband, Goblin front man Claudio Simonetti’s The New Barbarians and The The’s score to Hyena.

We can only hope that The Beyond finally gets the Death Waltz treatment that has long been in the pipeline. 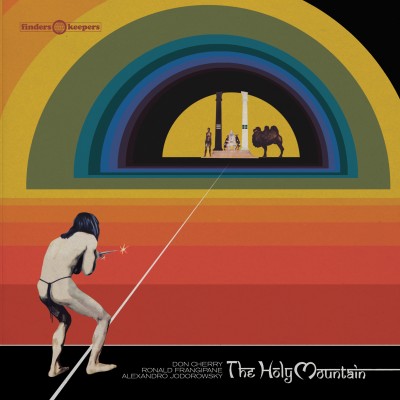 The Holy Mountain – Jodorowsky at his finest

Also due out in 2015 is another exciting record from One Way Static, the score to the Wes Craven classic The People Under the Stairs. With Lunaris Records prepping up Night of the Demons, Milan Records readying Bronson and Finders Keepers dropping Alejandro Jodorowsky’s psychedelic classic The Holy Mountain…..not forgetting releases due from Invada, Dagored and Tiger Lab…..the sheer amount of upcoming soundtrack releases seems endless.

Long may it continue!